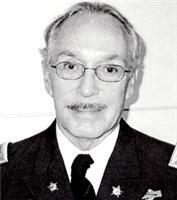 Lawrence “Larry” Tifverman, a retired member of our United Way of the Mid-South staff, passed away earlier this month after a long illness.

Larry graduated from Providence College and served three tours in Vietnam, earning him two bronze stars for his service. He retired as Major in the U.S. Army and came to work with United Way after serving as a VISTA volunteer. He would later manage the recruitment and placement of volunteer citizens with the VISTA program, helping roughly 20 nonprofits each year with extra volunteer support.

Larry was instrumental in launching United Way’s Management Assistance Program, which supported ongoing learning for nonprofit staff members, and was responsible for expanding our Gifts-In-Kind program to provide $5 million worth of in-kind transactions for our charitable community. His impact on many nonprofits was so great, in some charitable circles he was lovingly referred to as “the other president of United Way.”

Larry was always a strong supporter of efforts that addressed the needs of veterans.  After his retirement from United Way he served as President, Board member and volunteer for Alpha Omega Veterans Services, Inc.

Services for Larry will be held 10:00 a.m. Tuesday, August 26, 2014 at Church of the Holy Spirit, 2300 Hickory Crest Drive, followed by a reception. Larry will be buried at Arlington National Cemetery at a later date.