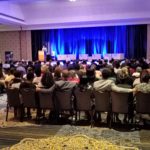 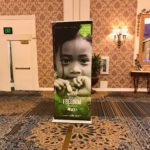 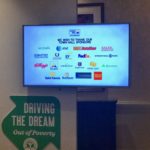 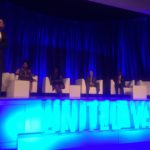 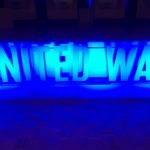 “We are here to come as a community, in honor of the legacy of Dr. King, and to have an honest discussion about resolving the issue of poverty in our city,” says Dr. Kenneth S. Robinson.

Driving The Dream is a new, groundbreaking system of care bringing Memphis and the Mid-South resources, organizations and agencies together that uses strategy, data, and teamwork across multiple organizations to help more people gain greater financial security.

Memphis holds the title as one of the poorest major metro areas in the nation with a 23 percent poverty rate. While the challenge looks impossible, keynote speaker Elisabeth Babcock reassured the 500 attendees that the feat is achievable.

The President and CEO of Economic Mobility Pathways (EMPath) in Boston, Babcock and her team have a successful track record implementing innovative research and strategies that contribute to people overcoming poverty. EMPath outcomes include revolutionary increases in education and training participation (45%) and household savings (63%). Babcock is a proponent of helping participants decide what they want to do rather than instructing people on how to do better.

“Poverty is a multi-headed dragon, each head representing something a person living in poverty must kill in order to overcome their current situation,” said Babcock. “Rather than striking each head, we must kill the dragon by striking at the heart.”

Over 60 private and public organizations have implemented EMPath strategies, witnessing measurable improvement among their clients who live in poverty. Babcock says the key to getting clients toward progress is making steps reachable and simple. “Complexity is the enemy of poverty.”

The Town Hall concluded with a panel of local community leaders who shared their insights on the challenges of disrupting poverty from their respective fields. Panelists included Kenya Bradshaw, VP of TNTP; Cecelia Johnson-Powell, Director of Program Performance; Eric Robertson, Executive Director of Community LIFT; David Waters, Opinion and Engagement Editor of The Commercial Appeal. Each revealed how poverty affects each of their work and the people they serve.

“We have to start having people at the table who are affected by program decisions,” said Bradshaw, asserting people living in poverty are usually left out of the conversations. She quoted Frederick Douglass, “It is easier to build children than fix broken men.”

Robertson agreed with Bradshaw and added that efforts also tend to neglect those “broken men.” “Many of these children are going home to parents and grandparents who are also suffering because of poverty. We have to also make efforts inside the home.”

The panelists addressed issues ranging from education, housing, bias, economic impact and hope. Waters said he believes alleviating poverty is possible, especially in a city like Memphis where hope is everywhere. “We are one of the most charitable cities in this country. I believe Memphis is a community that cares about its most vulnerable and we can make a difference.”

The night began with a Donor’s reception, highlighting United Way of the Mid-South’s 2016-2017 top corporate and individual donors including FedEx, International Paper, First Tennessee and MLGW. Attendees also received a sneak peek at United Way of the Mid-South’s ongoing Faces of Poverty photomentary. Espousing photography and documentary, Faces of Poverty showcases people who have and are advancing out of poverty with the help of United Way Driving The Dream agencies.
United Way and Driving The Dream initiative has already earned support from The Kresge Foundation, a generous gift from Kathy and JW Gibson, and The Assisi Foundation. “With your support, we will have Driving The Dream fully operating with our growing number of partner agencies by the end of this year,” says Dr. Robinson.