From the Archive: Cooler days ahead for Lauderdale family thanks to United Way / Wal Mart partnership

A family on a limited income and children faced a rough summer with no air conditioning in the home, but thanks to United Way connections in Lauderdale County and the generosity of Wal-Mart, they have a window unit to provide comfort for this summer’s heat.

Lauderdale temperatures, like most of the Mid-South, will surpass 100 degrees during the hottest parts of the summer. For the Lauderdale County family without air conditioning, keeping the children safe meant getting an air conditioner before the hottest parts of the season arrive. United Way partnered with Wal-Mart to see what resources were available to make a difference. 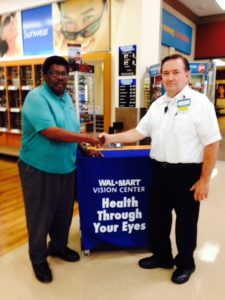 “We wish we could help provide donated air conditioning units for every home living on a limited income, but unfortunately that requires more funding than we can provide. In this particular case in Lauderdale County, the right connections, the right donating company and the right timing created a great result for this family,” said Dave Skorupa, Vice President of Communications for United Way.

United Way wishes to thank Wal-Mart and the Lauderdale Department of Children’s Services for their help to give this family a much needed break from the summer heat. United Way of the Mid-South is active in Lauderdale County as well as seven other counties in the Mid-South region.