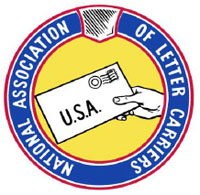 United Way encourages you to give food items to one of the nation’s largest drives combating hunger in America – the National Food Drive sponsored by the National Association of Letter Carriers.

The United Way network is partnering with the National Association of Letter Carriers (NALC) for the National Food Drive again this year on Saturday May 10, 2014. United Way of the Mid-South and United Ways in over 10,000 towns and communities encourage you to support this amazing effort to collect food for people in need.

The timing of the food drive is an important part of its effectiveness. By May and June, many food banks and food pantries face shortages due to more children needing food when the school year ends and access to school breakfast and lunch programs ceases.